You are here: Home / Shelby's Worlds

I’m Shelby and I love to write! Here, I’ll be sharing some of my writing with you all! Currently, I am working on a story called ‘Child of Light’ which takes us to the Arabic times. We’ll get to know a young girl who wakes up with no memory and she goes on a quest to find them with the help of some new friends. All while trying to protect the world from the destruction of the Darkness. In the prologue that I have written, it takes us to the events before when the story takes place and the secrets behind it will be revealed later on. If you like what I’ve written so far of my book and found it interesting, then I hope you stick around for more! 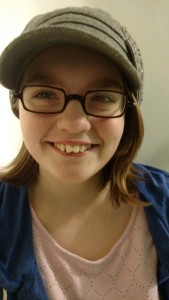 Although, ‘Dragon of Light’ isn’t the only book I have planned. I have plenty of ideas! Like for a book of hybrids. These kids are being taken away to be protected in a prison-like facility. A special hybrid, known as a dragon hybrid, escapes the prison to get back to her family. Meeting another dragon hybrid, she embarks on her quest back home. This one ends up being a trilogy with an extra story later on that would explain all of the events that had happened in each book.

There’s plenty of adventure in all my books. A little bit of love is tossed in with the mix, but it is mostly adventure and holding on to what means the most! So, if you’re into stories that involve magic, mystery, and action, then I hope to see you around!

Take a trip to one of Shelby’s worlds now!