WHAT IS A GEOCACHING EVENT?

Geocaching Events are gatherings of geocachers. These gatherings can include just a small group of cachers with specific interests or thousands of geocachers from all over the world.  Reasons for having an event are almost as numerous as the number of geocachers.  Some events are educational, others are for cleaning up the environment (CITO) and some include fun games, education and CITO.

Some geocaching events are “meet and greets” at a local restaurant where geocachers come and go as they please.  They usually last for thirty to sixty minutes and don’t include any planned activities.  I have been to a few that turned into an all day group geocaching trip, but only a few.  These are a great way to meet local cachers and get a few hints on local geocaches.

Some geocaching events last for the entire day and include lots of planned activities.  These events usually attract geocachers from hundreds and thousands of miles around.  Most of the time, they plan several smaller events on the days before and after the event making it seem as if the event lasts for many days.  These events are called Mega-events and Giga-events if they attract enough geocachers.

No matter what type or size event you choose to host or attend, any geocaching event is a great place to meet other geocachers and learn more about the sport.

What Type Of Geocaching Event Did I Host?

It certainly was not a Mega or a Giga!  Those events take months and even years to plan and finance.  I was surprised, however, at the distance travel by a few of the attendees.  One geocacher traveled 200 miles to be at my event! (He must really like events)

My event was also not a CITO or just a simple “meet and greet”.

No, my event was meant to be a small get together, but I wanted to think outside the box just a little.   Geocaching.com and Enterprise South Nature Park provided me with the circumstances for the perfect storm (that will have more meaning later in this post).

Starting in the middle of July, geocaching.com come out with the “Lost Treasure of Mary Hyde” promotion which set up the perfect situation for an fun event and gave me lots of ideas for planned activities.  And speaking of lost treasures, I discovered Enterprise South Nature Park had a “Hidden Lake” that provided a perfect venue for my event.

So, what type of geocaching event did I host? I guess you could say it was a hybrid “meet and greet.”  The event had a pirate theme with a short .7 mile hike to ground zero and several planned activities.

Preparing For The Event

As soon as I found out about the Hidden Lake, I convinced the Crew to come with me on the short hike to do a little recon.  I needed to make sure it was suitable for having events and what facilities were available.  I was pleased to see 3 picnic table and 2 bench swings near the water’s edge.  I was surprised to discover there was actually a restroom this far out in the woods, but soon learned it was really a concrete outhouse with no running water. (I guess it would be better than sneaking behind a tree and using poison ivy leaves).

I decided the location was right so I contacted the person in charge of the park to get permission for the geocaching event.  She quickly gave me approval, but let me know the tables were first come first serve and no vehicles could be used to transport supplies to ground zero.  Well, that’s okay.  We will just use the dollies I have and a large red wagon the children haven’t used in years.  Looks like we are a GO!

I created the event on the geocaching website and started making plans.  I planned activities necessary to make my first geocaching event fun and started purchasing door prizes and other items we needed.

I also became best friends with the Weather Channel, the Accuweather app on phone, Google weather and several other weather predicting outlets. They kept me on edge right up until the morning of the event.  I even planned a secondary location just in case it looked like a rain out.  On the morning of the event, all of my weather buddies were say the rain would hold off until at least an hour after my event was over.

The Thursday before the event, I decided to hike back up to GZ to decided exactly where to place my treasure chest for one of the activities I had planned.  On this trip, I got to meet some of the local wildlife.  There was a rabbit, several squirrels and at least three snakes(one in the place I had planned to hide my treasure! I picked a different location.)

The big day finally arrived.  The van was loaded and the Crew was being rushed to get ready.  I had planned to arrive at the park by 9:00 AM and it was already ten after!  When we finally arrived, we were greeted by several geocachers who had beaten us there.  Not off to a great start!

I loaded all of the supplies on the carts and we started our hike (funny, this walk seemed easier when we didn’t have all the luggage)  By the time Crazy Dave’s Crew got to GZ, we were already worn out.

I rushed to set up the treasure hunt I had planned.  I placed an ammo-box at the point I had decided on a few days earlier and the marked several waypoints along the way back to GZ.  Each way point was marked with a small Jolly Roger flag with a hint to find the next flag.  As my fellow geocachers signed the log which was a large clothe Jolly Roger flag, they received a treasure map with instructions for find my treasure chest.

Props at events are fun

After finding the hidden treasure, I had set up a treasure chest prop and several costume props for everyone to have photo proof of joining Capt’n Crazy Dave’s Crew.  I have never seen so many adults having this much fun playing dress up ever before.  I may have to provide this type of entertainment for my future events.

As it usually goes at geocaching events, there was plenty of time for everyone to compare notes on those hard to find caches and give suggestions for solving difficult puzzle caches.  I could even hear the occasional lie being told (but hey, its geocachers at a pirate event!  What did you expect?)!

geocacher walking in the rain

For many geocachers, discovering and moving trackables are the highlight of any event.  You never know what will be turned in to a trackable or what mission it will have as it heads out into the wild.  We had a place under some shelter to trackable to be spread out for all to see.

Everyone enjoys winning!  So I devised a way for everyone at my event to win twice.  When a geocacher arrived and signed the log they and everyone in their party received a ticket and they also received a ticket for finishing the treasure hunt.  All of those in attendance, including muggles got two tickets.

About 30 minutes before the end of the event, we gave away all kinds of cheesy pirate themed prizes.  There were plastic skull rings, eye patches, priate’s gold medallions, pirate tattoos, and more.  We ended with a “Mary Hyde” pirate mini geocoin and a “Mary Hyde” trackable dog tag.

Crazy Dave is all washed out

Just as we were ending the event, it started to rain.  It continued to pick up as geocachers started rushing toward the parking, which was three quarters of a mile away.  All of the weather station had told me the rain would hold off until at least one o’clock, if it came at all!  What was the meaning of this?

I was a little concerned the other geocachers were going to be upset and would never want to come to one of Crazy Dave’s crazy events again, but the smiles in the pictures take at the end of the trail said differently.  They might decide to bring umbrellas next time, though!

Yes, I think Crazy Dave’s Crew will have more events in the future, but not your standard events.  I think something with a twist or a surprise with planned activities helps make it more fun for both the host and the attendees.

Do you have any ideas for geocaching events?  Let us know in the comments.

Want to join the discussion?
Feel free to contribute! 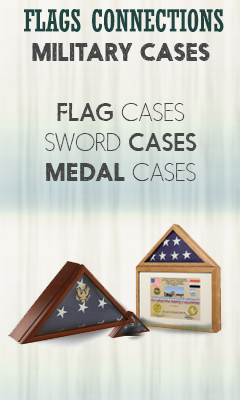 How To Build Shelves In A Useless Closet

Getting Fit By Walking It Off Together
Scroll to top